HARDI’s RUBICON is the first 9000 litre self propelled sprayer in Australia. Designed from the ground up to meet the efficiency demands of large scale Australian farmers, RUBICON establishes a new genre for SPs.

With the clearest view of the 48.5 boom of any SP, acre-eating 9000 litre tank capacity and an unparalleled ride, RUBICON will simply amaze you – we promise. 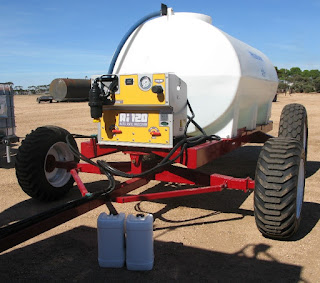 ( you may be eligible for the $20,000 Tax incentive)
There has been a lot of discussion recently on liquid control systems.
If you are considering purchasing a system feel free to talk to us.
We believe the Liquid Systems SA unit is the best solution on the market, and they are currently offering a 2016 Early order program.

The technology is fairly simple, but the corrosive nature of the products being applied, means that componentry needs to be of a high quality, for durability and reliability at sowing. 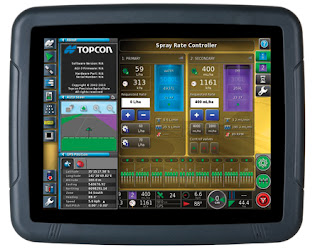 This is where the Liquid Systems unit is second to none, with high quality components used to ensure
many years of service, provided annual maintenance is carried out, See our tips sheet.
The other thing you need to consider is that these systems require a fair amount of labour to fit, you can save quite a lot of money if you fit yourself, so a good winter project for your workshop.
We are only to happy to assist with any of the technical aspects if needed.
The system integrates with all major Precision Ag Screens including, Topcon, Agleader, Trimble, and John Deere.


Harness kits and installation
instructions are offered for these , so retrofitting to your seeder is much easier than trying to make up and troubleshoot your own.

(NB: We are happy to fit and supply software for your Topcon X30, if fitting to systems other than Topcon, you may require a hardware and software upgrade from your gps supplier at additional cost)


As mentioned Liquid Systems are offering an Early Order program, all you need to do is give us a call and supply us with your seeders make and dimensions, and we can supply a quote. 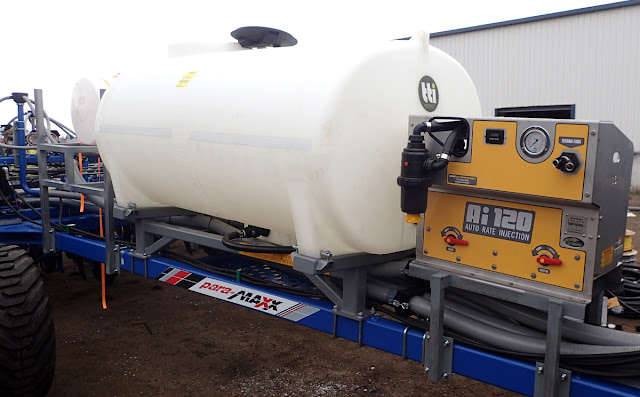 The Fendt Xpert DynAgri system is an add-on for the Fendt Vario series tractors. It deeply integrates with the existing Fendt electronics to allow the tractor to drive and operate autonomously. It uses a combination of Probotiq’s patented Teach and Playback technology and Dynamow system, which is user friendly and very easy to use. To program the system, simply press the teach button to start recording a outer boundary of a field. Now start driving and record the outline of the field. After recording, the main working direction, AB line spacing and headland size can be entered. The system will now automatically generate all working lines and all points where actions (e.g. enabling PTO, hitch) will be done. This way, the majority of a field can be harrowed precisely and unmanned! 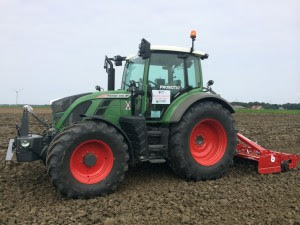 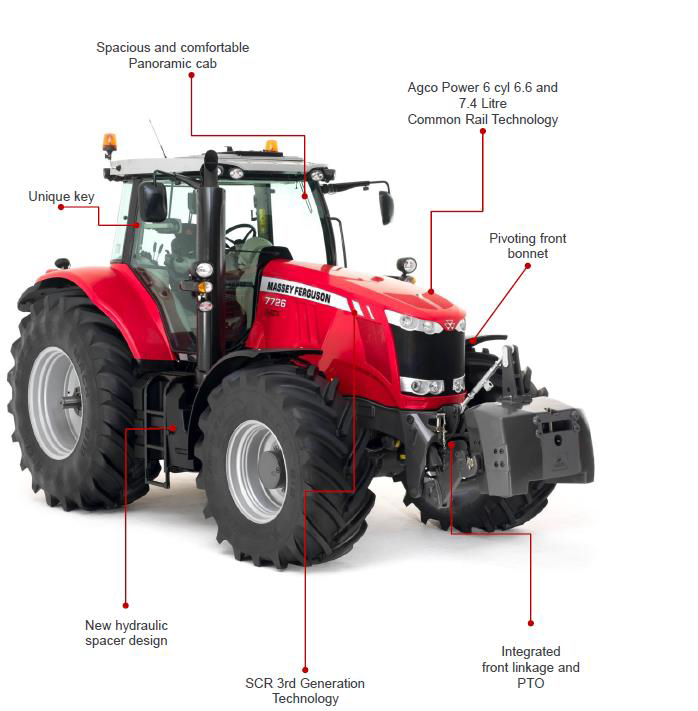 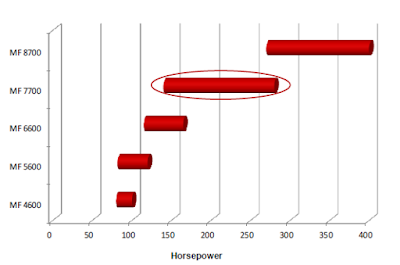 The MF7700 series is specifically designed for customers who require high performance tractors with excellent traction and manoeuvrability that are also able to work efficiently with a high range of implements.


Customers from large livestock farms, broad acre farms and contractors will all benefit from the unique features offered by the MF7700 series. 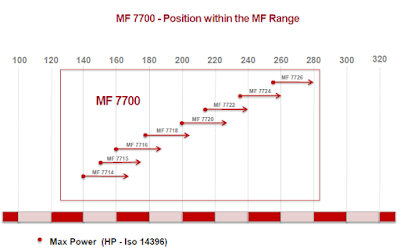 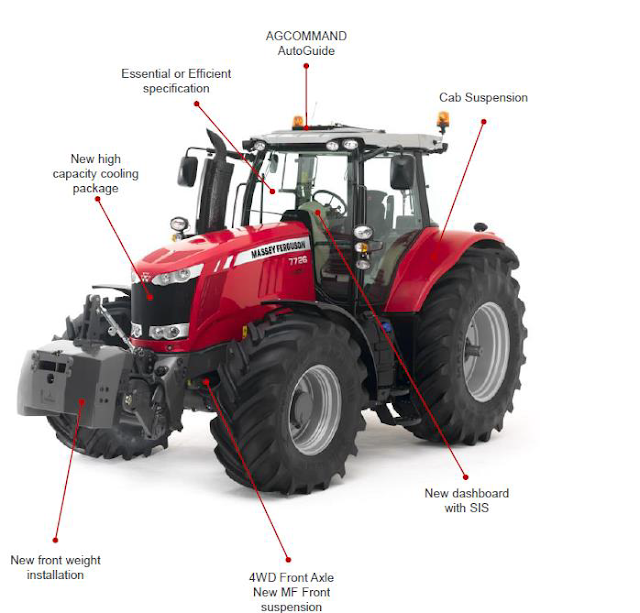 
For further info, drop in a have a yarn to us at Wiesners.
Posted by Paul I'Anson at 18:18 No comments: 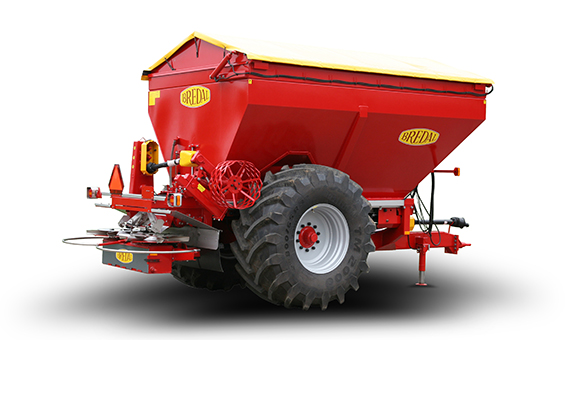 Wiesners are pleased to announce we are now the regional dealer for Bredal Fertiliser Spreaders.

These machines are very popular in WA, so we are sure they will be just as popular in the eastern states.
Urea spread width of 36 meters and Lime spread width of 16 meters makes them the Premier fertiliser spreader on the Australian Market.

The Kondinin Group, Farming Ahead, recently rated Bredal No 1 in Trailing spreaders for accuracy and spread width, up to 36 metres for Urea.

Click here for Farming Ahead research Report
(available to members.)

We currently have early order discounts available till the Dec 31st, so call us for details.

This spreader has a standard capacity of 9.000 litres.
K105 spreads lime up to 16 m and fertilizer up to 36 m.
The standard version of the spreader is fitted with a mechanical wheel drive that ensures efficient and precise control of the dosage. The wide-angle PTO drive shaft and LED lights are standard as well.
There is an extensive line of additional equipment for the spreader that makes for great versatility; included is equipment for spreading salt and sand, a 4 m conveyor belt for filling ditches with sand or similar material.
With its robust and reliable design the spreader will give you many years of hard work, and the strong belt transmission that operates the 2 spreading plates and the many standard stainless steel parts contribute to a long life at top performance.
* The spreader in the picture is shown with optional equipment 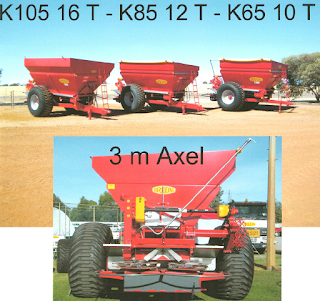 At Wiesners we are Topcon Dealers, so happy to fit a Topcon system.

The common setups Trimble(case), Topcon (Agco), John Deere, can usually be adapted if the tractor is setup with an integrated hydraulic steering option.

We can use a John Deere GPS Receiver, add a Reichardt controller,  and steer Fendt Challenger and Massey Ferguson Tractors via the Isobus, using the existing steer ready hydraulic block if its fitted.
see Video of John Deere System on Massey Ferguson Windrower Below. 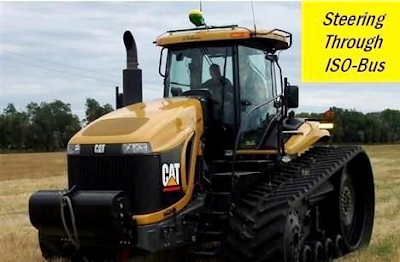 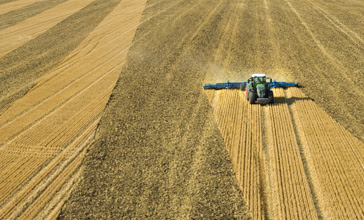 
In the future you will be able to order your new Fendt with a Trimble or Novatel Receiver built in, see press release from Agco below.

Fendt is pleased to announce that as part of our Fuse strategy we will be unveiling an all new Fendt VarioGuide system for 2016.


The new fully integrated VarioGuide system will continue to provide a seamlessly integrated system on the current 10" terminal and a new option to include the 7" terminal. The new VarioGuide system will provide greater choice in the form of offering an AGCO Trimble or AGCO NovAtel receiver for positioning information. The new system will be the leader in offering correction signal flexibility from an OEM and allow consumers to choose the receiver that best suits their farming operation.
The new system will be available in early 2016 on factory built vehicles and a conversion plus software package will follow for most current S4 and SCR Fendt's equipped with ProfiPlus. For customers changing from the current Topcon built VarioGuide receiver the operational changes on the terminal will be minimal outside of the new features listed.


For existing customers that change tractors the new system will support current infrastructure such as Topcon base stations and way lines / boundaries. A full product information guide with part numbers and options will be released prior to the official release.


Fendt will showcase the new system publicly at Agritechnica this year 0-14th November 2015. The new system will also see a major change in the way a vehicle is perceived as "steer ready". The new system changes the configuration so the vehicle will come equipped with the integrated steering controller. Options for positioning will be an AGCO Trimble receiver or an AGCO NovAtel receiver.
Catering to a broad geographic coverage, the flexibility of a correction signal via Satellite, NTRIP (phone network) and RTK base stations is offered. At initial release the respective receivers will be offered with the following options (where available,) Upgrade costs apply.


Combined with the Teach In functionality of the terminal, the entire headland management process can be automated via GNSS positioning data. This is more than just simply switching sections on and off based on a boundary, Fendt will activate all tractor functions controlled via the teach in headland management like altering ground speed, engaging PTO, lowering linkage etc. Soon Fendt customers will enjoy greater productivity gains through a fully integrated technology system, controlling multiple vehicle aspects.


New contour segments will remove the need for changes in the field for different waylines during complex field conditions. The new contour segment will make recording and recalling multiple waylines a simple task. Functionality like automatically changing from a lengthwise track to a headland pattern around a field removes several operations endured today.


Later in 2016 a web based wayline conversion tool will be released to allow the direct conversion of some competitor's waylines into the VarioGuide format. The wayline and boundary can also now be exported and viewed in open programs like Google Earth.

Simple Precise Reliable Wiesners are pleased to announce we are now the regional dealer for Bredal Fertiliser Spreaders. These machin...


Commodities are powered by Investing.com Australia